The hearts in the house

THERE have been a lot that has been said about last night’s announced cabinet reshuffle – and while there are some mini surprises (ala Alvin DaBreo) and two strangely odd combinations (ala Yolande Bain Horsford), the major moves were widely anticipated for those of us who have been paying close attention.

Once the policy directions are clear – it should be for the better; but as they say you never know, until you know.

I was going through my messages last night – and refreshed my memory on a March 15 2018 an extended whatsapp I had sent the Prime Minister two days after the last elections.

I did not seek a response, and never brought it up again – as we say in Grenada – I made some suggestions and “left it there”

When the new cabinet was announced days later in 2018, I noticed with satisfaction the announcement of a Ministry of Climate Change.

That said, in my –once again “humble view” (and it's not knock on anyone) – the suggested vision has not been completely executed, and Grenada could have gotten a bigger benefit from it, if it was grounded in a deeper philosophical outlook, where we should have played a more strategic long-term game – for want of a better phrase.

But it’s not too late.

As history has shown, the Prime Minister obviously did not jump to the splitting of the Ministry of Health idea then

But in his wisdom, he thinks it is an idea whose time has now come – and thankfully so.

I still hope that they will go on, by October 1 to rebrand the health department, the Ministry of Health and Wellness – if only to send a message that we are in the business of not trying to figure out how to take care of people when they get sick, but in the business of helping to keep them well.

And, that Wellness – is not just a strong brand message – but must be supported by a policy framework that deals with things as the environment, nutrition, physical and mental wellness; a system that makes it cheaper to access healthy foods; set a “nutriment supplement budget” for the poor to help them afford to eat healthily; creative information campaigns on wellness issues et cet.

There ought to be no confusion – now they are set apart – between the Ministry of Health and the Ministry of Hospital Services – the latter being what it clearly spells out to be. Given the generational challenge, we have had with the hospital services and all the recurring horror stories, it needs its own special attention.

And the Prime Minister has tapped an acutely capable and passionate sister – whose head and heart are in the right places – to head this.

But Minister Delma Thomas is perhaps though a victim of her own success – having done well in Social Services and Housing – to have this major one added.

Maybe a little heavy for one minister – and in the circumstances, she could have done well with perhaps a supporting minister.

It is true that the COVID crisis and the dramatic fall in revenue it has brought about, will hamstring all aspects of government. But whatever investments are made in the youth, they must be more than just band-aid; they must be empowering; they must be transformative and not transactional.

That is why the declarations by the Anicell Thomas’ of this world, must be embraced and discussed; and she must not be vilified nor politically terrorized.

One way to start with getting back the youth – is to change the attitude and the tone towards them; they are not rebels or demons; they have points of views that may differ from ours, and they are not like our parents (and their grandparents), they don’t see themselves as part of any “tribe” -- some stifling petty political construct seeped in suspicion, rumor-mongering, and bad talking, that don’t allow them to express their independent views.

They must be allowed to be beholden to their dreams – and to know that there is nothing selfish or ungrateful about that.

There is still hope – though not a lot of time – for this masterful political tactician to emerge as a wild eye visionary, that will cement a legacy built on some great transformation.

To other points to the reshuffle.

In regards the Ministry of Finance – it is not even so much the minister – and sure Gregor Bowen is good technically – but the system.

It is a department with a lot of willing and talented young people, but many of them are going around walking on egg-shells with a genuine fear of victimization, sometimes from things borne out of pettiness and spite.

Additionally, a place that has had seven Permanent Secretary changes in three years, does not suggest the foundational stability that such a crucial ministry deserves to have.

And then there is the issue of Peter David being moved to the Ministry of Agriculture.

If I should tell some secrets, when there was talk with David about joining cabinet a few years ago – he had advocated that he would have dearly loved to be Minister of Agriculture.

The first time I heard that, I dismissively asked: “where you get that dream from” -- and he articulated a vision, that I cheekily responded – ‘not bad from a town man” – while flashing my “creds” – as the son of a nutmeg and cocoa farmer.

Doc listened with interest, but thought David was more crucially needed in the Ministry of Foreign Affairs.

In his stints in that department, both under NDC and this government, David has made a tremendous impact as a worthy ambassador in many capitals.

The good thing is he is now being replaced by a very capable friend – maybe one of -- if not the most technically sound man in the government in Oliver Joseph.

Make no bones about this, but ‘Joe’ is a supreme asset – and his experiences as a public servant, permanent secretary, trade unionist and regional technocrat have given him a solid foundation.

But regarding David -- I have been around a few places to observe that first hand – that has made me think he is the most impactful diplomat we have had in post-independence Grenada.

When the New National Party returned to power in 2013 – the new administration was immediately faced with a salary bill in two weeks and due payments to trade unions, that the NDC made on their way out the door.

David, then with no official position, other than “friend” – facilitated the outreach to a friendly government, who within days gave Grenada a 20 million US dollar grant for budgetary support.

And the immediate bills were paid.

For those who call his mission to Agriculture – a demotion – just genuinely don’t have the bird’s eye view nor the historical context – or are some of his old NDC ‘comrades – still suffering from the ‘political tabanka’ that their wishful hearts lead them to nowhere else.

And if by some chance, they are right—so what?

If he is given a lemon – he just must go make lemonade.

But sometimes Doc has a way of listening slowly; and Pedro finally enters the ‘farm house’ he long said was in his heart.

Posted by NOTES FROM ALL AROUND at 2:07 PM

The views of HAMLET MARK 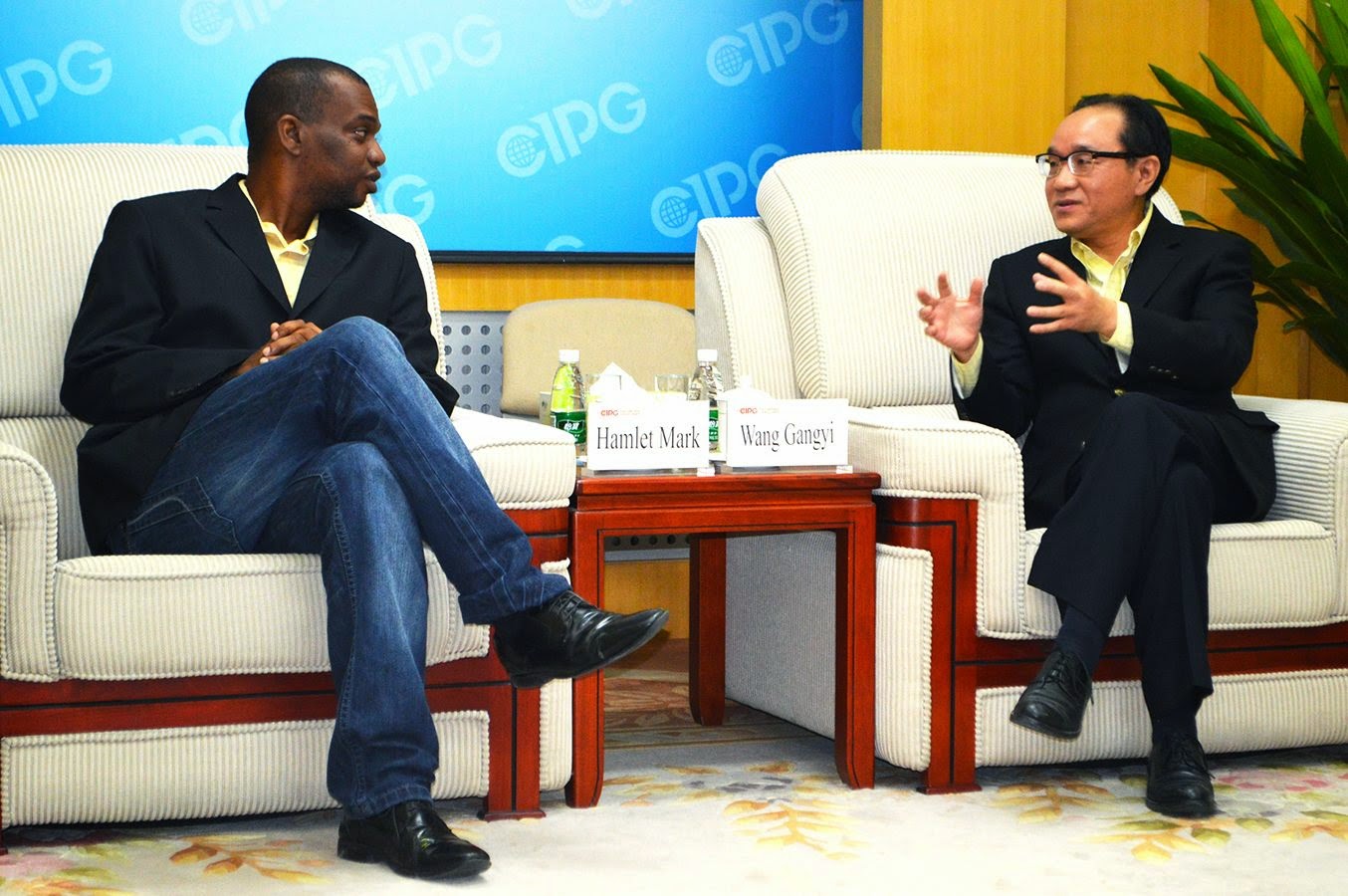